From November 17-19, the U.S.-Japan Council hosted the 2020 Public Symposium, titled “Two Nations, Countless Connections – Community, Partnership, and the Road Ahead.” The Symposium was the third installment of the U.S.-Japan Council’s Signature Series, following the Bilateral Boardroom (September 16, 2020) and the Members Forum (October 15, 2020). The Symposium’s seven virtual discussions explored the enduring bilateral relationship and the renewed ways in which the interconnection of the two nations has fostered increased support and cooperation. USJC partnered with a multitude of organizations to bring informative and engaging sessions on cultural resilience, diversity and inclusion, and the importance of community, while contemplating the broader goals of the U.S.-Japan alliance on a personal, cultural and systemic basis.

The first day of the 2020 Public Symposium began with the first installment of the “Japanese Americans & Japan: Legacies” series, featuring an in-depth interview with USJC’s Founding Board Chair Thomas Iino. After introductory remarks by USJC President & CEO Suzanne Basalla and special remarks from Ambassador Shinsuke J. Sugiyama (Ambassador Extraordinary and Plenipotentiary of Japan to the United States of America), Mr. Iino recounted his individual and family history as a Sansei Japanese American, and spoke about the prior and continued efforts of Japanese Americans to strengthen and enrich U.S.-Japan relations.

The second session of the day, titled “Women’s Leadership: The Power of Story,” featured a roundtable discussion with prominent women role models in the U.S.-Japan space. In a vibrant and intriguing 75-minute conversation led by Linda Calhoun (Founder and Executive Producer, Career Girls), the panelists detailed their individual successes and struggles in the corporate workplace and touted the importance of sharing stories to uplift and empower. 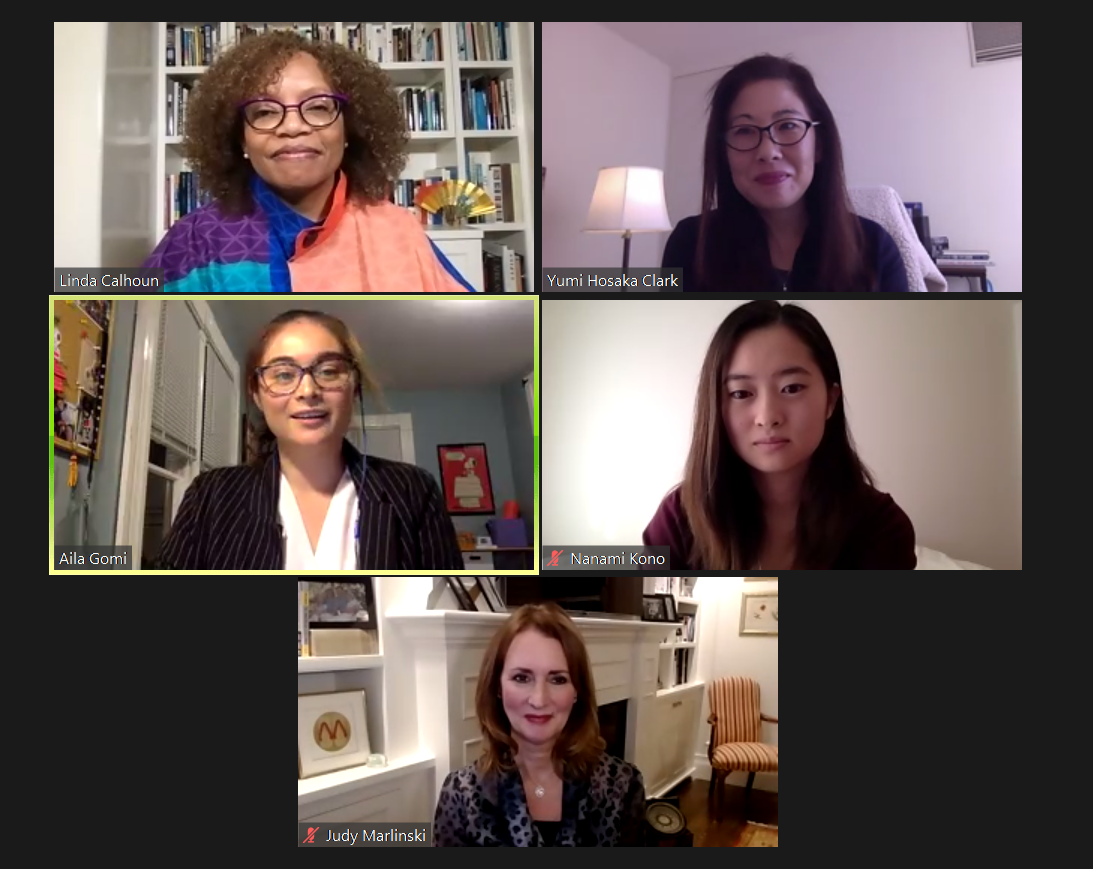 Women’s Leadership: The Power of Story

The second day’s sessions highlighted the role of nonprofit organizations and philanthropic organizations in the promotion of U.S.-Japan ties and the evolution of NPOs and NPO leadership in the Japanese American space. During an immersive first session titled “NPO Sustainability: Leadership Succession Strategies,” the leaders of three Japanese American nonprofits (Hawaii United Okinawa Association, Japanese American Citizens League, and the Japanese Community Youth Council) discussed the importance of dynamic leadership succession, including how to create an inclusive and welcoming community to members across generations and with differing goals.

The second session of the day, titled “Philanthropy Leadership: Historical Reconciliation & Today’s Landscape,” presented a deeper dive into the origins of philanthropic institutions’ intent on strengthening U.S.-Japan ties and the importance of public and private investment in these institutions. The panelists engaged in a lengthy dialogue about the differences in philanthropy between the U.S. and Japan as well as the preeminent trends driving Corporate Social Responsibility (CSR) and nonprofit missions around the world. 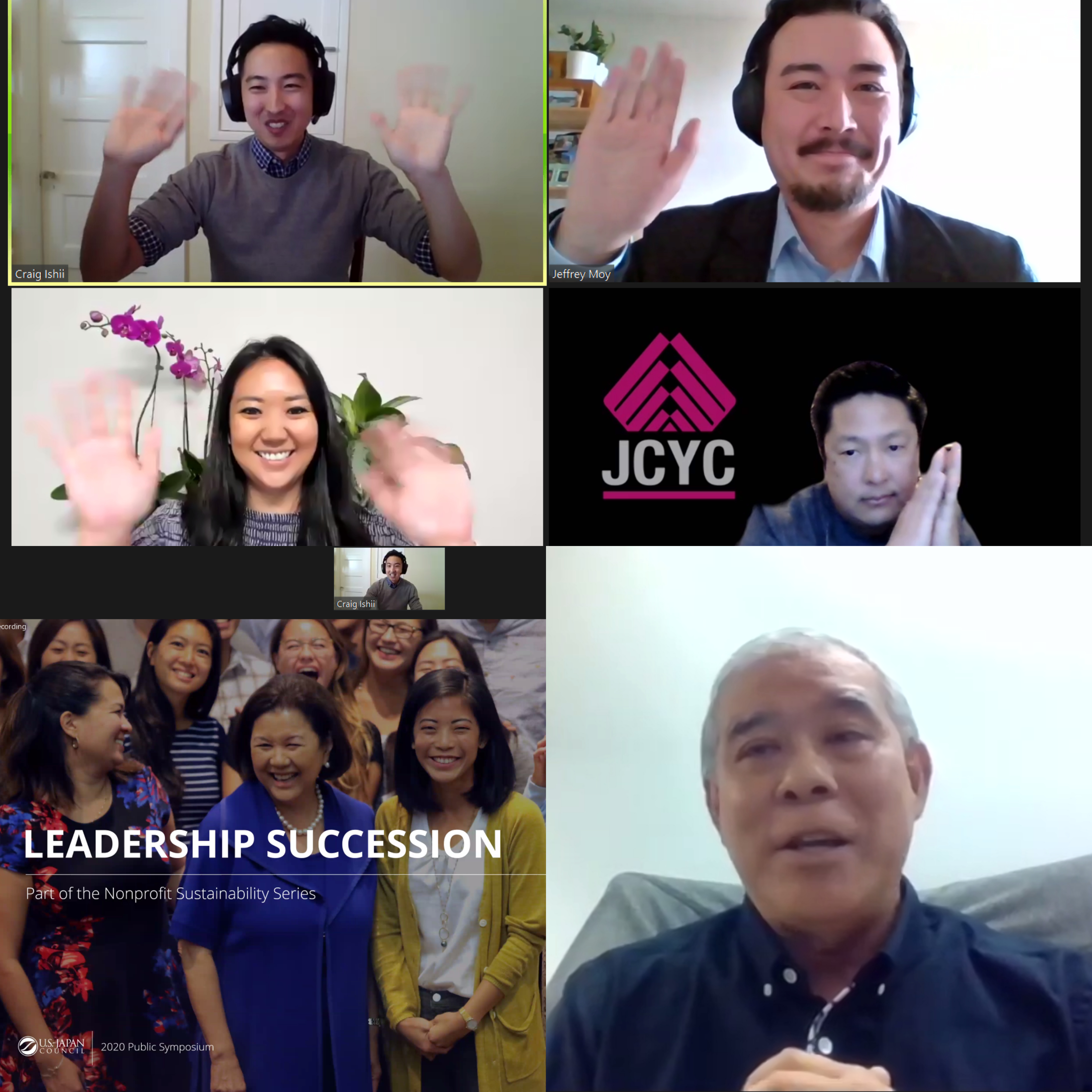 On the third and final day of the Symposium, USJC hosted three sessions on the importance of cultural and educational exchange between the U.S. and Japan. In the first session, titled “Cultural & Educational Exchange: A Winning Investment,”  speakers from a variety of sectors spoke about the benefits of bi-cultural exchanges and the development of interpersonal relationships across the Pacific.

In a riveting second session titled “Baseball Diplomacy,” co-hosted by JAPAN HOUSE Los Angeles, a panel consisting of baseball insiders and former professional players described the influence of America’s favorite pastime in bridging the cultural gap between the U.S. and Japan and shared their rich experiences of baseball in both nations.

The final session of the Symposium featured a dialogue with alumni of the Emerging Leaders Program who spoke about the significance of their Japanese American identity as well as their goals and hopes for the future of USJC and like-minded Japanese American organizations as we transition into a new decade. Ms. Basalla concluded the Symposium by reiterating the importance of developing diverse leaders for the broader U.S.-Japan relationship. 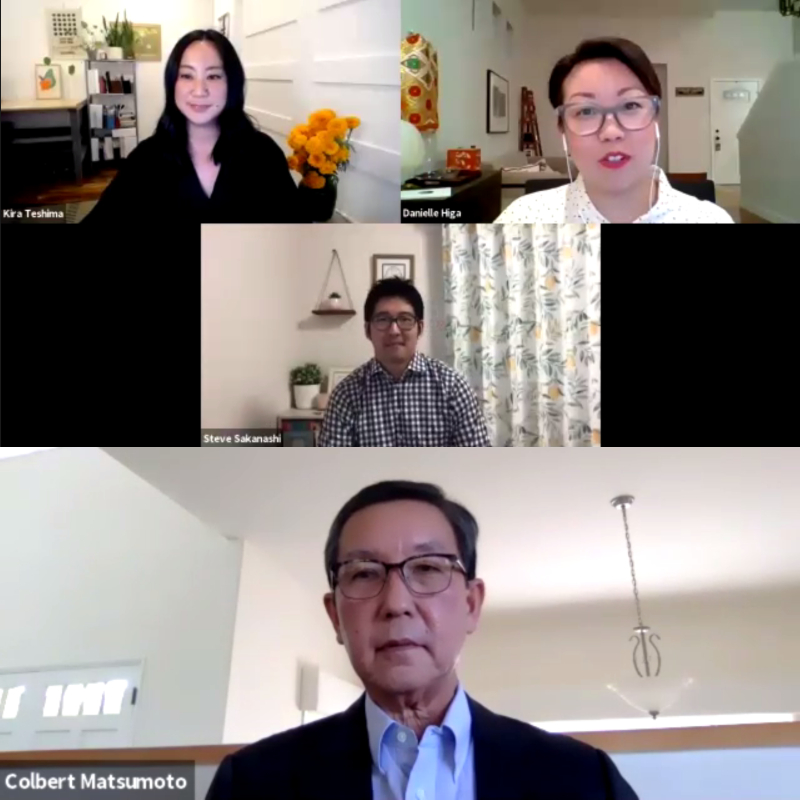 Thank you to all of the partner organizations who made the 2020 Public Symposium possible. Please click here to view all of our partners for this Symposium.

The 2020 Public Symposium sessions are available for viewing here or below. Please note that the Baseball Diplomacy session will be available at a later date.